For my work for Purism I just had to book, even pretty short term, a trip from California USA to Shenzhen China. Since I needed to go in less than a week I already expected a pretty expensive ticket. But I was proven wrong, I got a roundtrip flight from Los Angeles (LAX) for US$500! With Hainan airlines, which I… Read more » 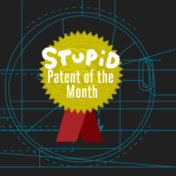 Just today it came to my attention that the GNOME Foundation, a non-profit free software governing foundation, has been approached by what seems to be a patent troll trying to squeeze money out of the non for profit GNOME foundation over a patent, which can only be laughed at. Here is the information that the GNOME foundation gave: https://www.gnome.org/news/2019/09/gnome-foundation-facing-lawsuit-from-rothschild-patent-imaging/ Looking… Read more »

We got ourselves an AMScope stereo microscope with their MA500 camera – the camera more or less came for free with it. The problem with the MA500 camera is that there is no Linux driver for it and AMScope has no intention to provide one. So I took the camera apart to see what’s inside. I found a Cypress USB… Read more »

I will be at CCC Camp 2019 next week, starting from Monday all through to Sunday. I will have a talk there on Thursday at 5pm in tent ‘Curie’ called “A mobile phone that respects your freedom”, where I will be presenting why a free mobile phone is important to create and have and how I approached this problem at… Read more » 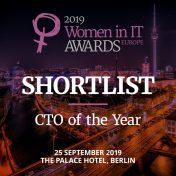 With great honor and pride I can announce that I have been shortlisted as CTO of the year 2019 of the Women in IT Awards Europe. This is very important to me in several ways. First of course an award like this shows the recognition of the importance of women in IT in general and the category CTO in special… Read more » 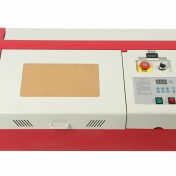 So, this is the latest addition to my workshop, a _really_ cheap 40W CO2 laser cutter / engraver I got new from eBay for 315EUR – including shipping! For that price you can not expect miracles. Why I did it anyway, being perfectly aware of the possible issues, was that I wanted to play around with laser cutting and especially… Read more » 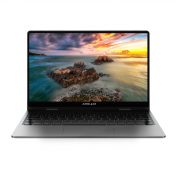 Last week I was in Hong Kong and shopped a bit for electronics. I love small laptops since I am traveling quite a bit lately and don’t want to carry around too much weight and bulky luggage but still want to be able to do the basic things – some programming, office, web browsing. The current 13″ laptops are already… Read more » 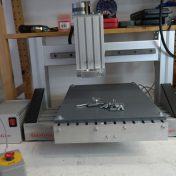 Back in the days when PCB making was expensive I started to look at ways to do that on my own. There were basically two: photo lithography and etching or milling. I did not like the idea of having to handle the nasty chemicals for etching so I first decided to get myself a CNC milling machine. Later on I… Read more »